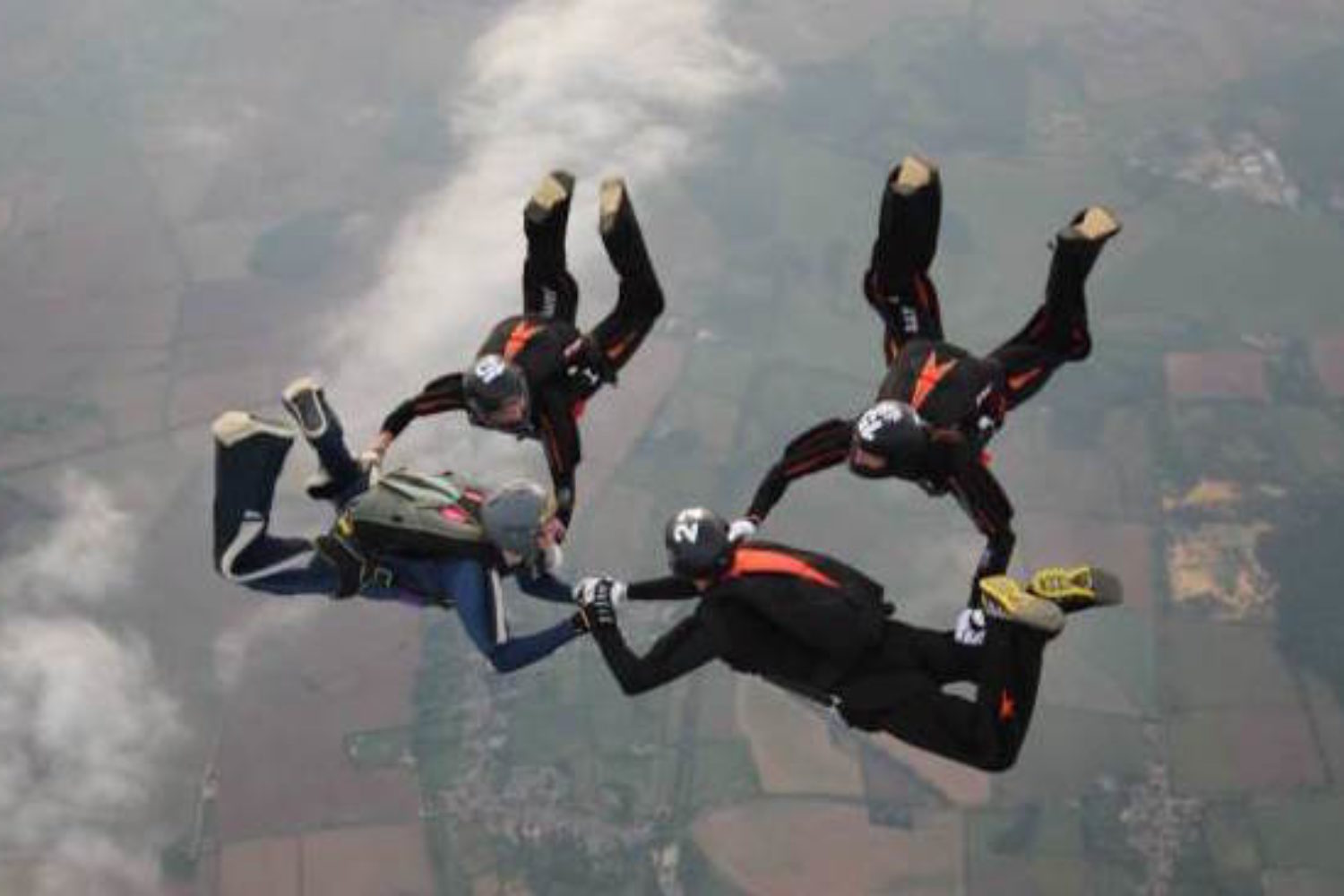 What is 4-way Formation Skydiving?

A team of 5 people (4 x formation skydivers, 1 x team videographer who jumps with the team), compete over 4 rounds of competition. There are 16 (rookie) unique formations that are drawn randomly prior to the competition. Each round is judged based on the maximum number of formations that can be completed in 35 seconds from leaving the aircraft. The team with the highest combined average score over the 4 rounds wins the competition.  The team with the highest number of completed formations over 4 rounds win, followed by the second highest, third, and so on.

Why is scrambles special?

Scrambles was invented to help skydivers from all levels to progress in formation skydiving. All you require is A license and some FS coaching. Also another term used is Planned Carnage 😉